Physiotherapy patient Finn is off to Finland!

Physiotherapy patient Finn is off to Finland!

Finn, a 6 year old German Shepherd Dog and physiotherapy patient of BBVSH, competes in a sport called Schutzhund. Schutzhund is of German origin and the literal translation means “protection dog”.

Schutzhund involves 3 different phases – tracking, obedience and protection. It was originally developed as a temperament and character test for German Shepherds to ensure only those of sound mind and body were used for breeding. Now more than a character test, Schutzhund has become a worldwide sport and competition.

Finn trains regularly at the West Coast German Shepherd Schutzhund Club. Finn has been on Team Canada for the WUSV World Championships for three years in a row (2013-2015).

Finn won the Canadian Championships in 2013 and 2014. In 2014 he came 9th at the World Championships held in France out of approximately 150 dogs!

Gabi brought Finn to BBVSH earlier this year as he was experiencing forelimb lameness and thought that a consultation with a veterinary specialist would be beneficial. After a full consultation and examination by BBVSH Surgeon Dr. Geoffrey Hutchinson, Finn was diagnosed with biceps tendinitis. Dr. Hutchinson’s recommendation was to limit Finn’s activity for a number of months with regular physical therapy sessions. The physiotherapy would directly treat the tendinitis and assist in the recovery of and maintenance of muscle mass. Finn’s return to high-level competition would remain uncertain however we believed that this would give him the best chance possible.

After a number of months, we are extremely excited for Finn! After following strict exercise restrictions and physiotherapy sessions at BBVSH, Finn will be travelling to Finland as a competitor in the world championships this September! The doctors and staff at BBVSH wish Finn much success and will be cheering him on from the west coast of Canada!

We wanted to share some images of Finn during his physiotherapy sessions and of him working.  We think it’s quite lovely that such a strong working dog insists on having his Kong during his laser therapy and massage sessions with Glenn.   Thanks to Gabi for sharing the wonderful working photographs of Finn. 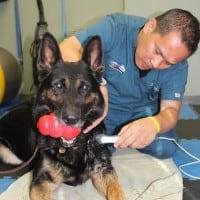 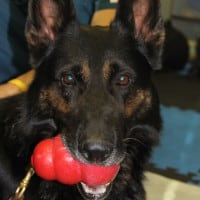 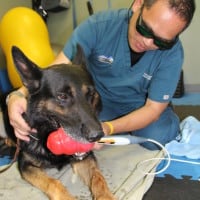 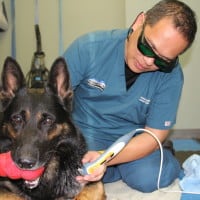 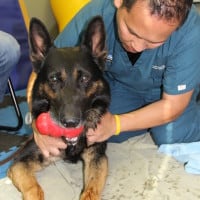 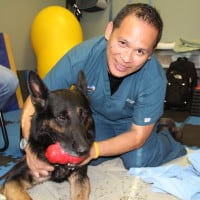 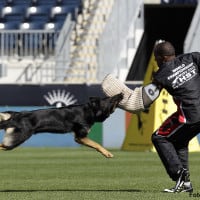 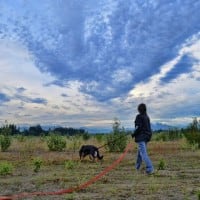 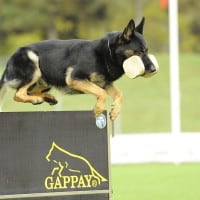 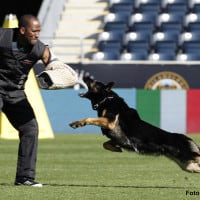