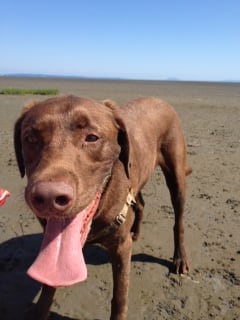 I wanted to thank Dr. Hutchinson and his staff for the two TTA surgeries that have allowed my dog Charlie full use of his legs again. In January 2012, Charlie suffered a partial tear to his cruciate ligament which required TTA surgery in order to return full function in his leg. After several consultations, I decided on Dr. Hutchinson and his staff at Boundary Bay Hospital due to their professionalism and extensive knowledge in cruciate ligament surgery. Dr. Hutchinson was approachable and was willing to answer all of my questions with ease. The surgery was successful and I was pleasantly surprised by how I was updated of Charlie’s status every step of the way.

Dr. Hutchinson’s assistant Tara kept my mind at ease by always being available by telephone in the following days after surgery. 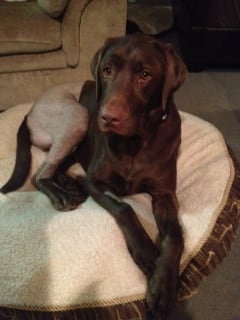 Almost exactly a year later, Charlie required the same surgery for his second leg. The surgery was a success and as of today, approximately 14 weeks post-surgery, Charlie is mostly back to full function in both legs. We have a bit further to go with his rehabilitation, but Charlie’s quality of life has increased significantly.

I want to thank Dr. Hutchinson and his staff for what I would call a great success story. Charlie thanks you too!