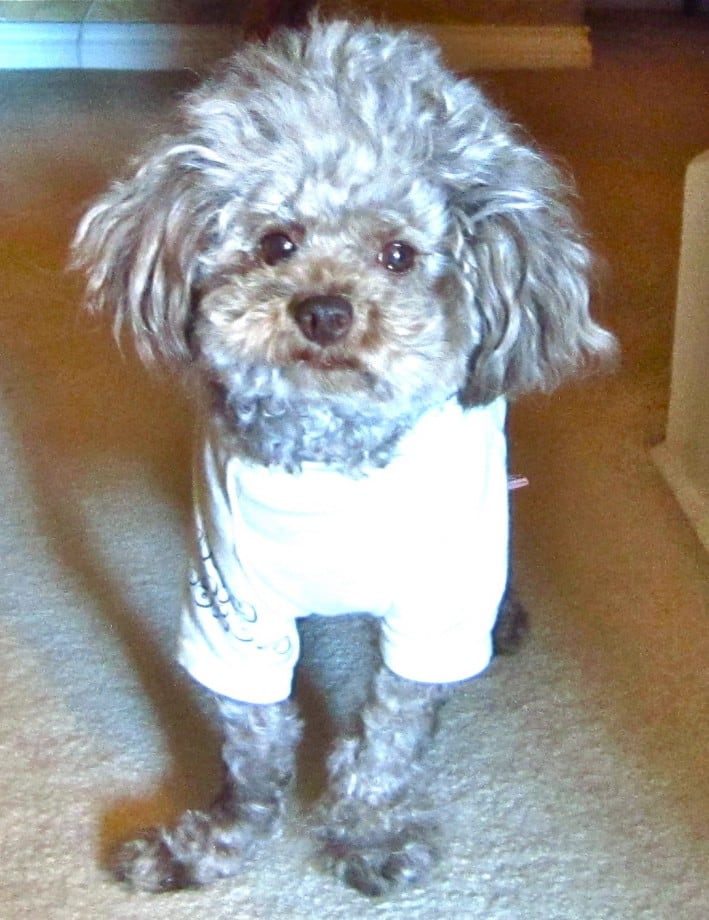 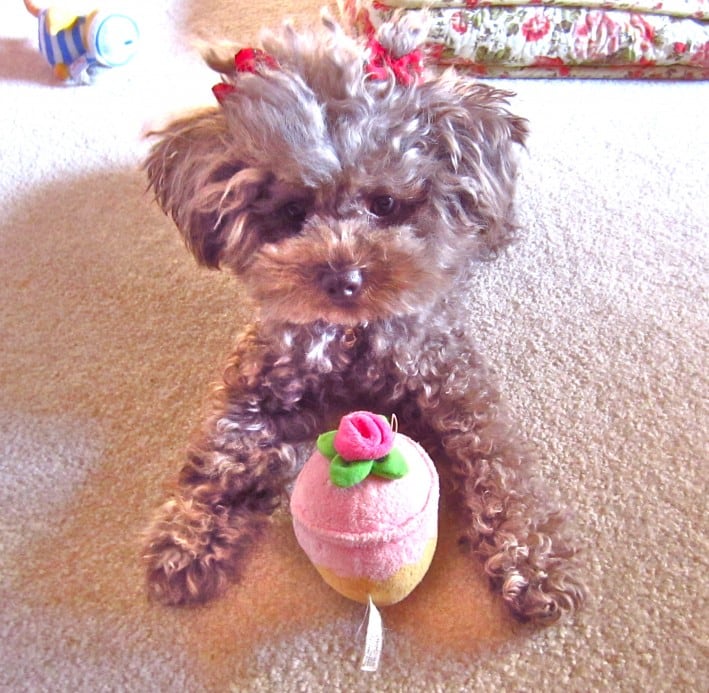 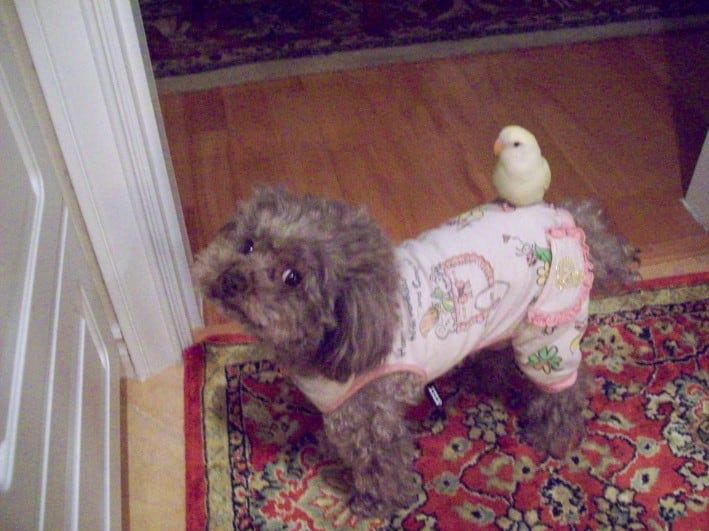 In the summer of 2011 my 3 year old toy poodle cookie broke her right front leg playing in our backyard and needed a fracture repair.  We quickly whisked her away to the closest emergency hospital.  We were told that the best shot at having her recover from this and save her leg would be to put a plate in it however with a dog as small as cookie it would be impossible.  Devastated at the news of a grim future for her front leg, we decided to search for another vet hoping to get a different opinion, we searched high and low and the response was always the same that it was not possible to save her leg.  Finally we settled on a vet that told us to try and cast her leg in hopes that it would fix itself.  Six months later, Cookie’s bones had whittled down to nothing and she was crying every hour of every day because her leg had gotten infected and raw from being in a cast for so long.  We were devastated when we finally had to come to terms to make the decision to put her out of her misery and amputate her leg.  But since she had two bad back legs we wondered how she would get by on 3 so we were introduced to Dr. Hutchinson to talk about prosthetics.  It was then that he told us he might be able to save her leg.  We met with him and Dr. Hutchinson showed us x rays of a plate he’d put into a tiny kitten under 1 lb. who had a much tinier bone that cookie.  Finally someone who gave us some hope!  We came into his office with such a dark cloud around us and had left feeling like a thousand pounds were lifted off our hearts.  Even though he had a very busy schedule that week he managed to squeeze us in and operated on her leg straight away with no hesitation.  The operation was a success and Dr. Hutchinson’s immaculate skill and experience really shone, she didn’t even have a scar after the staples were removed.  But we weren’t out of the woods yet. It was a long process of rehabilitation after her operation since she had not used her leg at all for half a year there was severe muscle atrophy, an infection to battle, not to mention there was barely any bone for Dr. Hutchinson to put the plate on.  But through it all Dr. Hutchinson and his staff was so caring, knowledgeable, patient and always made themselves available for my paranoid questions and took the time to explain everything in detail.  It was amazing, I’d never found a vet who was so involved and invested in their patients before, when her process to recovery took a little dip he was so disappointed and upset and worried, just as much as we were.  And now, we can proudly say that Cookie is tearing around the house just like when she was a puppy.  I also forgot to mention he fixed her bad luxating knees as well!  Trust me, Dr. Hutchinson is the best vet you’ll find anywhere and I’ve searched high and low.  He’s so knowledgeable, honest, reliable, kind…I could go on and on.  If your dog has a broken limb, don’t walk, run to Dr. Hutchinson, it will save you heartache, money and time.