Posted on 24 Jun, 2019 in In The News, Surgery, Vet Medicine Knowledge by Gregg Sayer 0 Comments 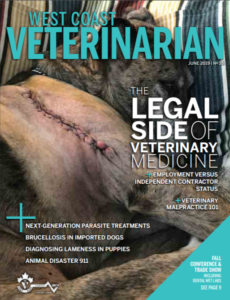 “Charlie, a 22-week-old male intact Labrador Retriever puppy presents with a history of occasional difficulty rising from rest on slippery floors and reluctance to run and jump while playing, symptoms that were first noted two or three weeks ago. He has no known history of trauma, and the lameness is intermittent and shifting. The dog has cried out a little bit when handled and seems apprehensive about being lifted. Charlie has not eaten breakfast well over the last three days, which is unusual.

On examination, Charlie seems a little subdued but is happy to meet people and moves pretty well. He wiggles a lot and tries to play and chew when he is touched anywhere. However, Charlie seems sensitive around his elbows—the right more than the left. He is also sensitive around his hip region, although no laxity is palpable. His body temperature is at the high end of normal.”