On the morning of December 23rd, the doctors and staff at BBVSH were experiencing extremely heavy hearts.  A local RCMP officer had arrived with ‘Gunner’ his service dog, who was due to retire in just two weeks.  The RCMP officer observed that Gunner had an extended abdomen, was lethargic and continued to experience non-productive vomiting. Gunner was escorted to our treatment area where our emergency veterinarian completed a thorough examination of him. It became very clear to us that Gunner was an extremely special dog by the number of RCMP officers in our lobby who awaited his diagnosis. 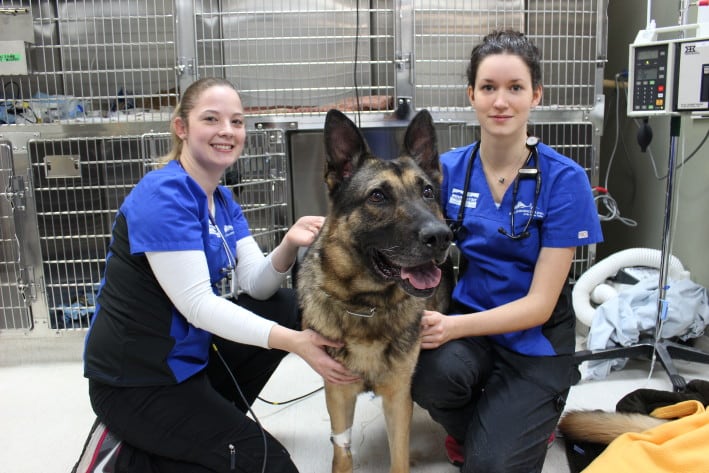 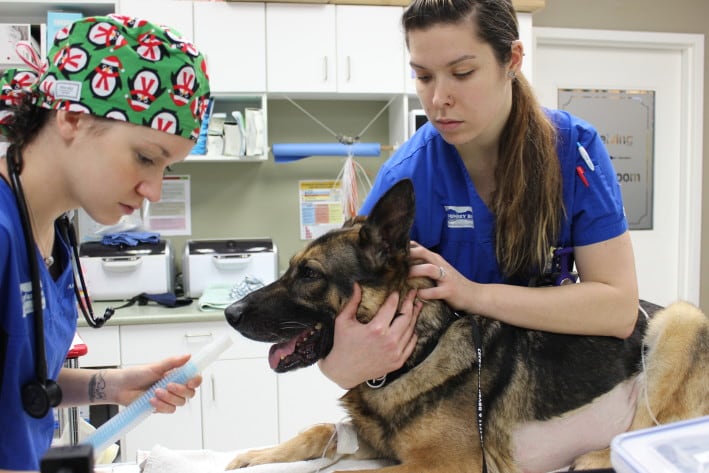 Upon completing a full examination and radiographs, the emergency veterinarian diagnosed Gunner with Gastric-Dilatation Volvulus, more commonly known as a twisted stomach, and needed emergency surgery.  GDV is a condition that rapidly becomes worse including cell death, organ failure and ultimately sepsis.  The best prognosis for the pet is stabilization and immediate surgery. BBVSH registered veterinary technicians prepared Gunner for surgery which was completed that morning by Dr. Evan Crawford. 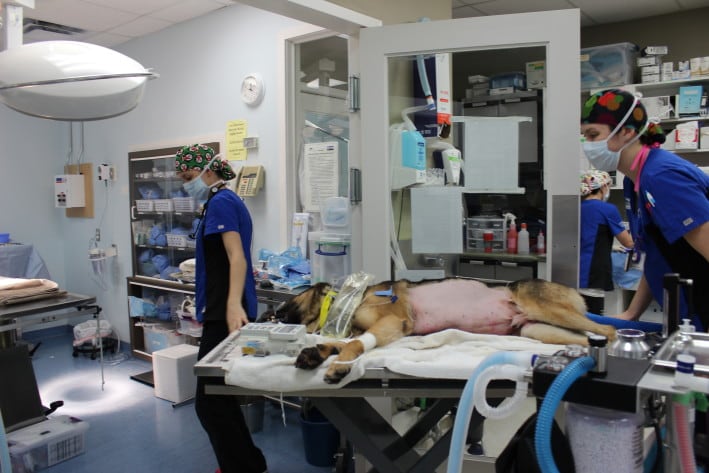 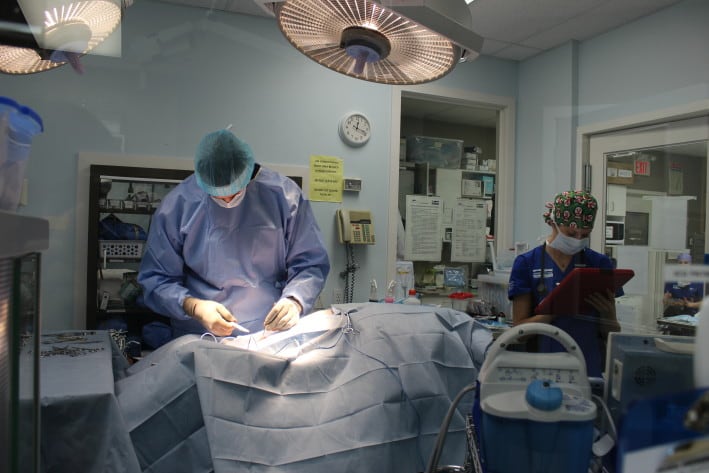 Our heavy hearts were lifted on Christmas Day, when beautiful Gunner was released to his family. Thanks to a very caring and quick thinking RCMP officer, Gunner was given the best chance possible. Although it will still take additional time to fully recover from his major surgery, Gunner will now be able to enjoy retirement with his family after many years of service to our community. 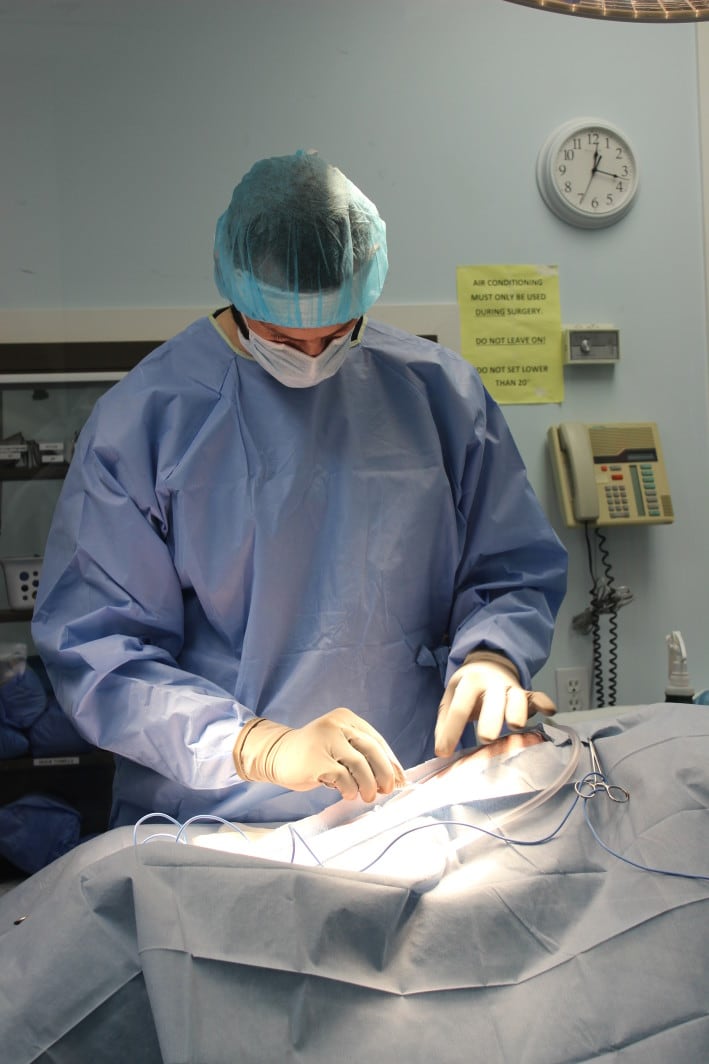 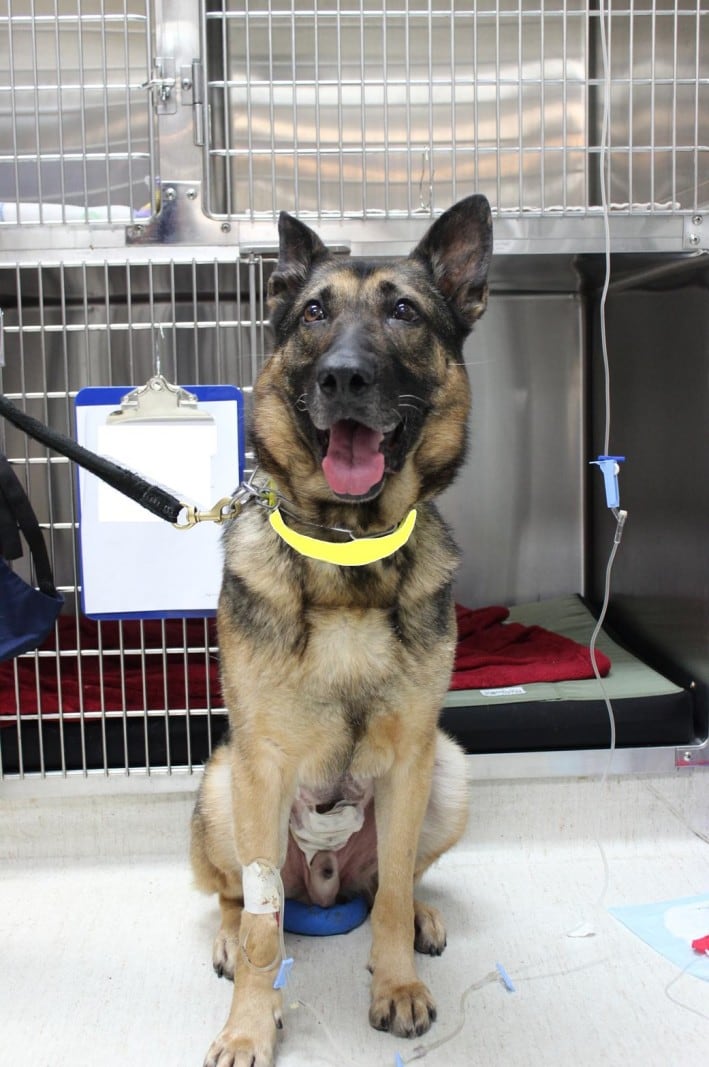