Radar is a very sweet 4 year old little Miniature Pinscher that came to BBVSH in March 2014.  Radar was jumping up for his food in the kitchen and landed on his back, suffering acute hind limb ataxia (loss of the ability to coordinate muscle movement).  The primary rule out was Intervertebral Disc Disease (IVDD), however since Radar still had slight movement in his legs, the clients elected to try conservative management with strict confinement as recommended by Dr. Geoff Hutchinson.

We love to get updates on our patients!  Teri, Radar’s owner recently sent an update along with some wonderful photos of Radar to BBVSH Surgery Liaison Tara…. 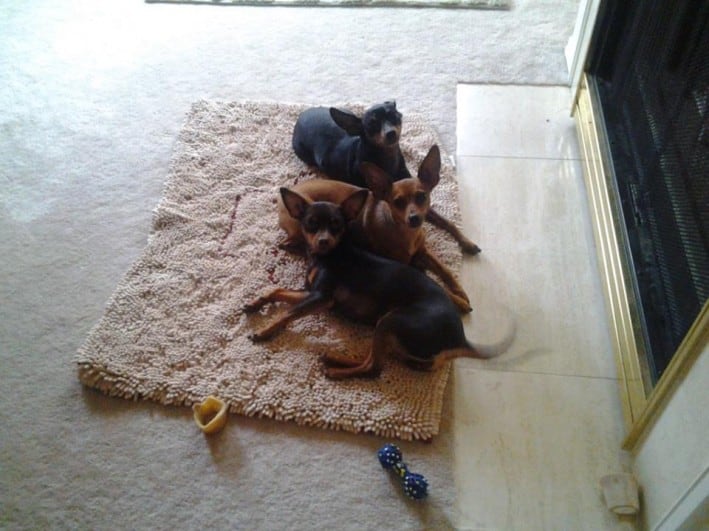 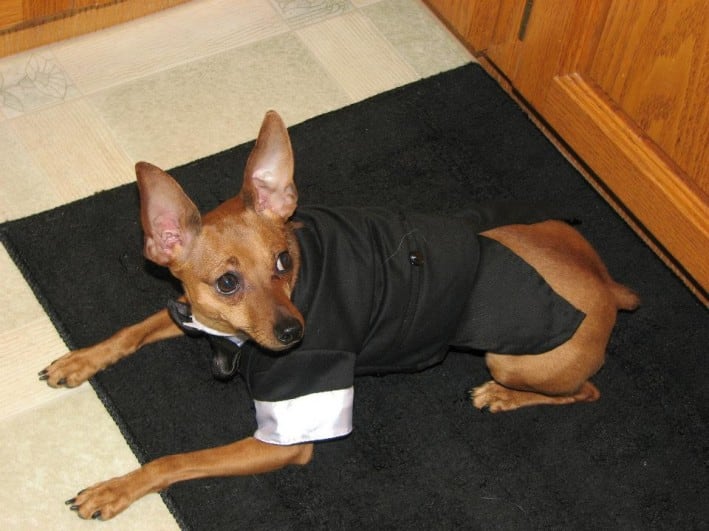 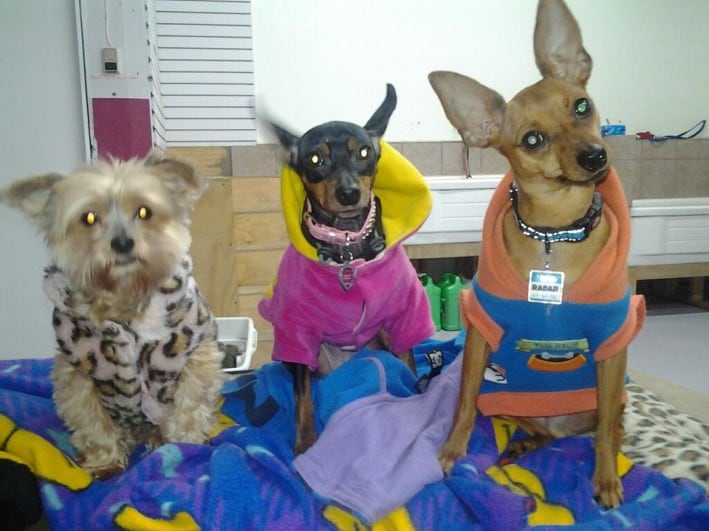 ‘Hi Tara I just wanted to let you know how Radar is doing.  I meant to update you a while ago but I started a new job and been very busy .So, he is doing wonderful and has made a full recovery. He is running and playing like he did before he hurt his back .The only thing that he is doing differently is he won’t go into the kitchen anymore. That is where the accident happened but I’m ok with that, because now he is not jumping when I go to feed him and the other dogs.  Thanks for everything, you guys are the best I will never forget how well you treated our family’