Poor Bentley! This beautiful boy is owned by one of our staff members (whose other Labrador Retriever ate some underwear and had surgery on January 1st of this year!)

She noticed that he wasn’t feeling great on Sunday morning when he vomited up some bile. Throughout the rest of the day, he seemed quiet and just not himself. By Monday evening, something was very off, because he wouldn’t eat the canned food she offered him….and he has NEVER refused food! He’s a Labrador Retriever!!!

He was admitted and administered IV Fluids and medications and performed abdominal radiographs. The radiographs revealed what appeared to be a corn cob stuck in his intestines. He was admitted to the BBVSH surgery department and successfully had the corn cob removed by Dr. Evan Crawford.

“I have worked for the Boundary Bay Veterinary Specialty Hospital for the past two years, and I am so thankful that the doctors and staff are here every hour of every day to care for our pets! Even staff pets need emergency care once in a while!” 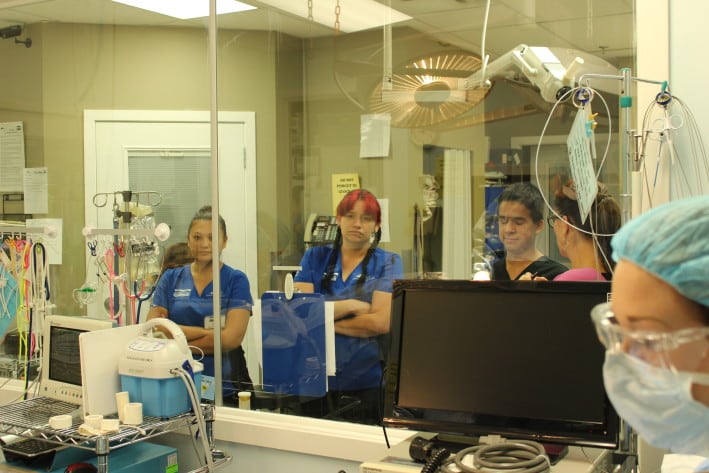 Bentley is well loved by our doctors and staff so there are a few by-standers while he undergoes surgery. 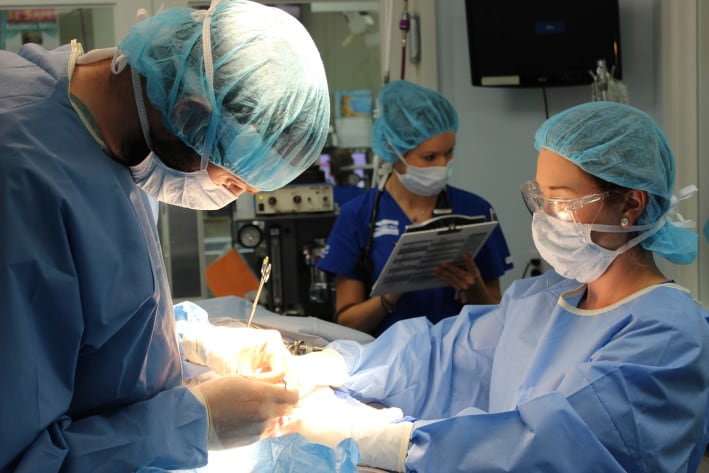 Our surgery team works very well together to ensure the utmost safety for our patients. 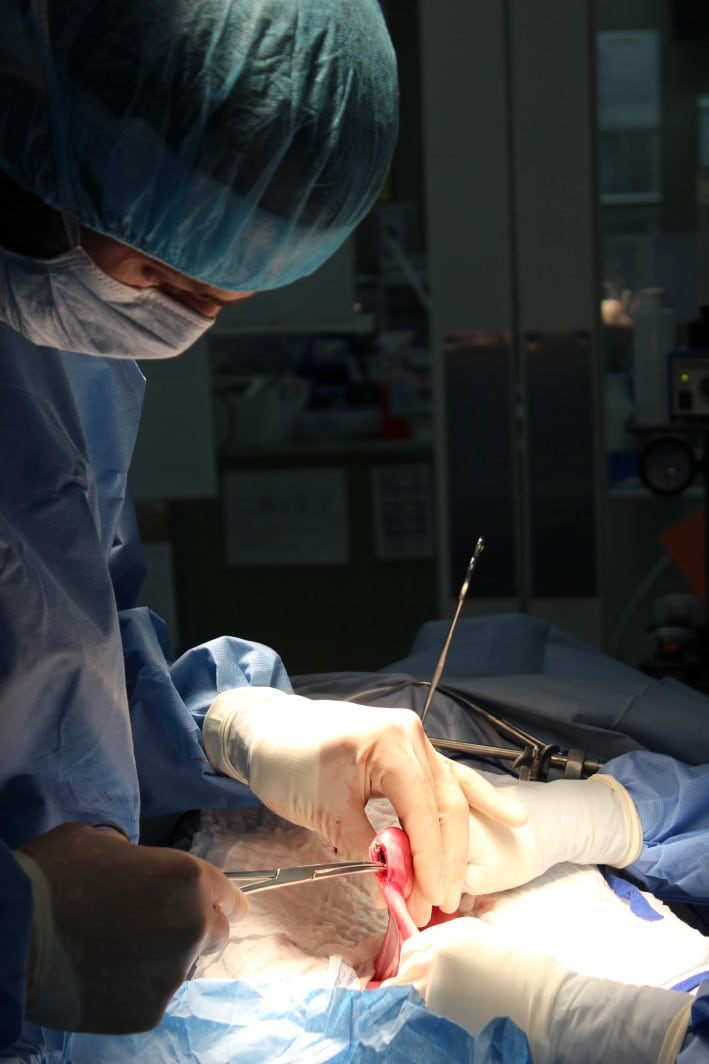 Dr. Crawford locates the foreign body and gently removes it from the intestine. 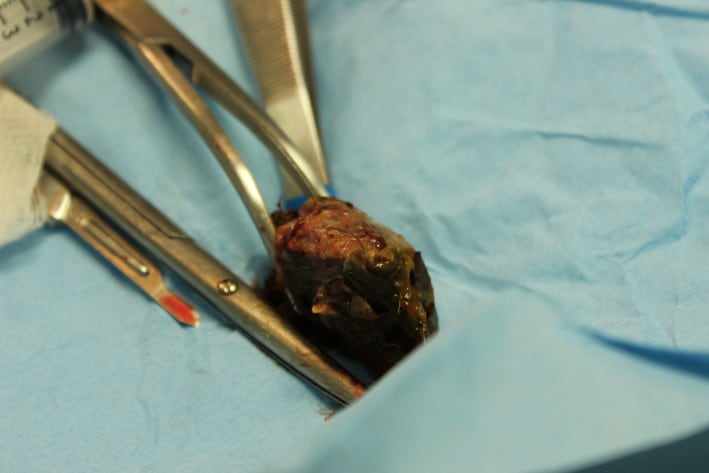 This is believed to be the corn cob that was causing poor Bentley such discomfort. 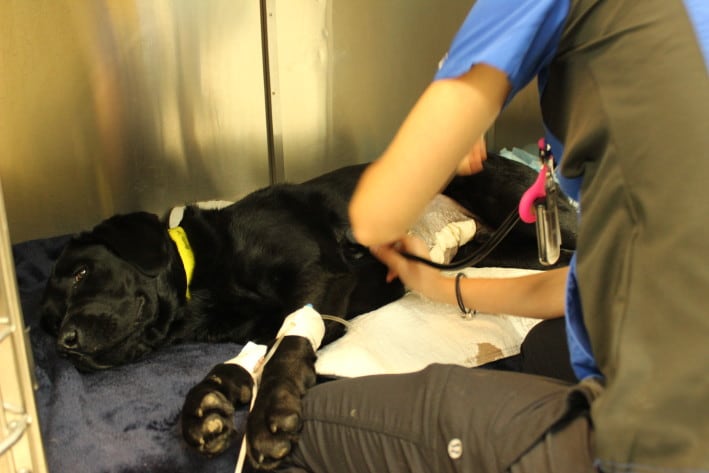 Bentley’s vitals are checked regularly post surgery to ensure he is recovering well. 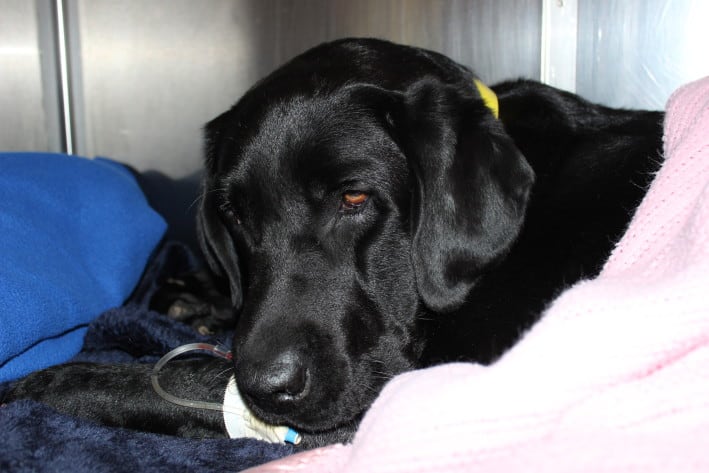