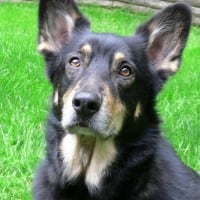 Tycho was diagnosed with hip dysplasia at 4 years of age.  He became increasingly more uncomfortable, to the point where hiking was no longer an option (something he had loved to do in the past).  After a diagnosis with Addison’s Disease at age 6, he could no longer take Metacam to control his pain.  At this point it was clear that he needed surgery.  A
fter researching numerous surgical options, the Kyon Total Hip Replacement was the best option for Tycho.  Tycho can be very nervous around new people, but the staff at Boundary Bay Veterinary Specialty Hospital were so patient with him.
Dr. Hutchinson’s expertise and compassion 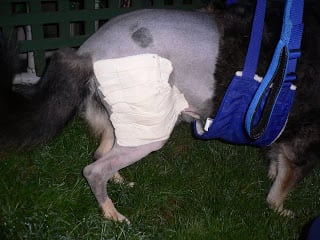 put me at ease on the day of surgery.  Tycho spent one night in the hospital after his surgery and when he came home the next day he already seemed to be more comfortable than he was before the surgery.  I couldn’t believe it on the first night home when he actually stood on his right hind leg (the one that had surgery) and lifted his left leg to pee.  24 hours after surgery and his artificial hip was already more comfortable than his remaining dysplastic hip.  The recovery was long, b 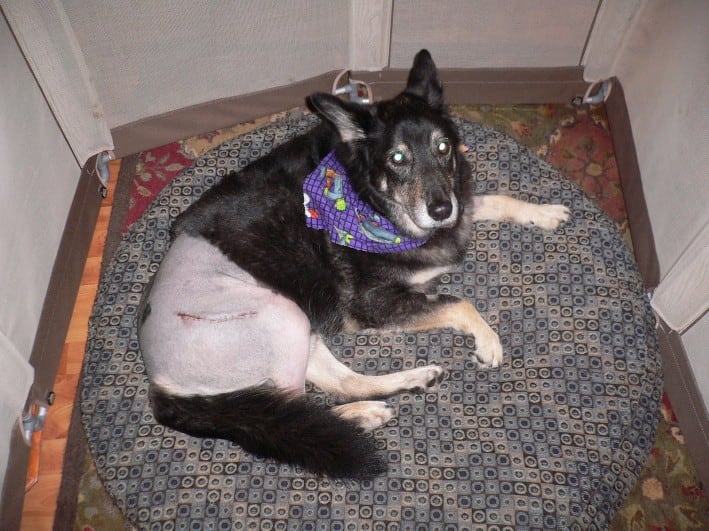 ut uneventful. We restricted him to an x-pen all day long for the first few months, except for when we carried him outside to go to the washroom.  It took nearly 6 months to get him back to walking as far as he had previously but it was so worth taking it slow and allowing him to heal properly.  He even started hiking again!  At his one year check up, we were amazed to see that he had actually put muscle on both his back legs.  Now, 4 years after surgery,
I have absolutely no regrets.  His bad hip 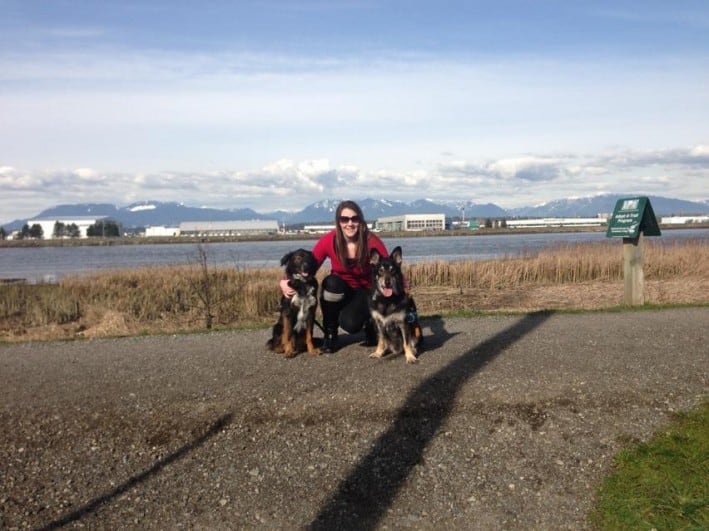 still bothers him, but I am convinced that without the new hip he wouldn’t be alive today.