The Behr facts: A story of the surgical treatment of heartworms in dogs

The Behr facts: A story of the surgical treatment of heartworms in dogs 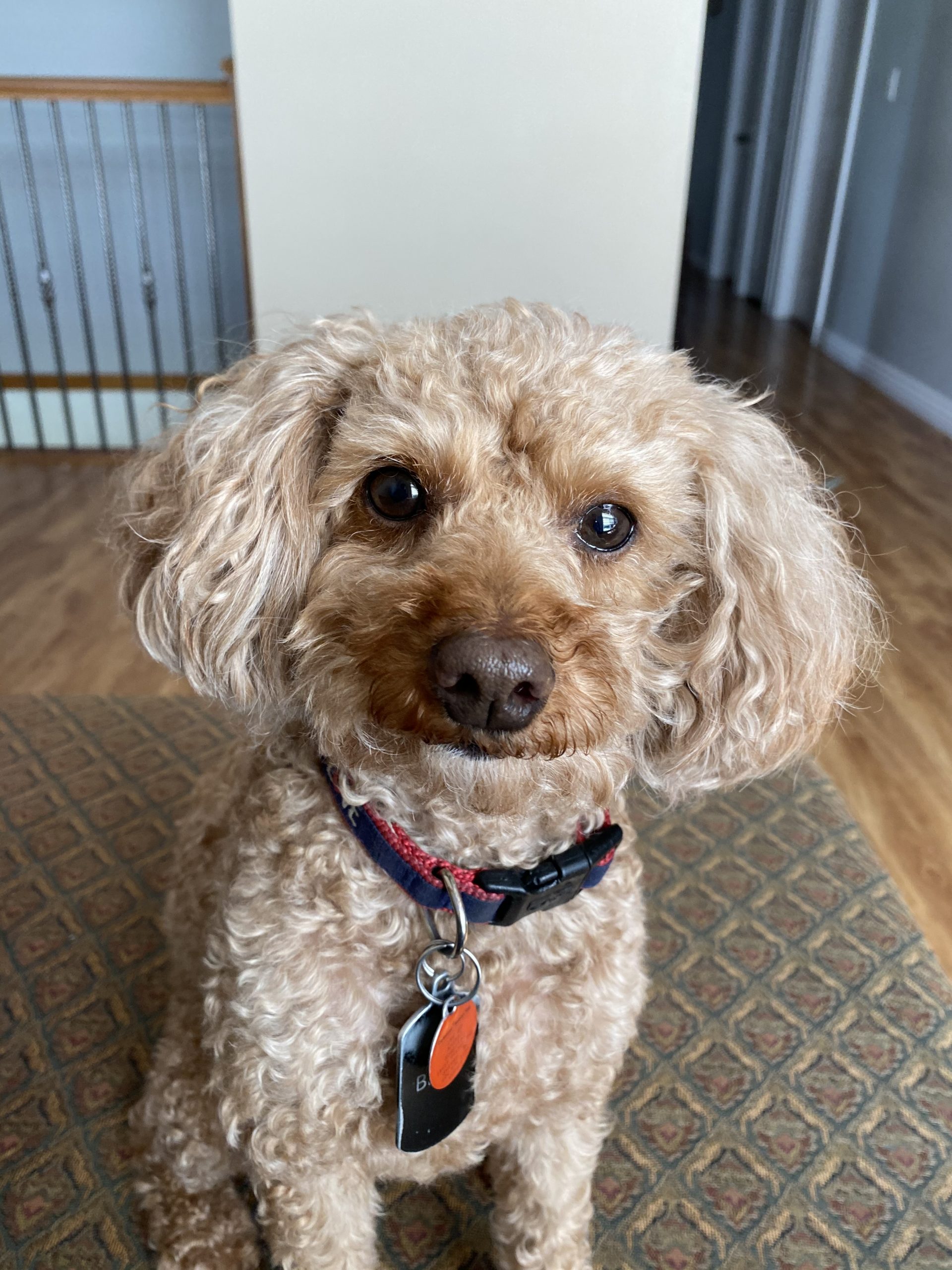 This is Behr, a 4 year old toy poodle, who came to Boundary Bay Veterinary Specialty Hospital after being diagnosed with right-sided heart failure secondary to heartworm disease. Behr was urgently referred to our veterinary cardiology department to see cardiologist Dr. Mark Harmon, DVM, Dipl. ACVIM (Cardiology) to discuss the case and see what options were available to Behr and his loving family.

You might think that heartworms are found in the heart, but actually, they tend to live in the vessels of the lungs, called the pulmonary arteries. Only in more advanced cases do you find the worms in the heart itself. In Behr though, he had heartworms in his right heart chambers (right atrium and ventricle) indicating a more significant burden of worms for his small size. Because of their location and his small size, it was very concerning that he could develop a condition known as caval syndrome. In caval syndrome, a mass of worms begins to obstruct normal blood flow through the heart, and can damage the blood cells (anemia); these issues can rapidly become life-threatening. Surgical removal of the worms is necessary to alleviate the signs, but is still very risky given the precarious state of these animals.

How are heartworms transferred? 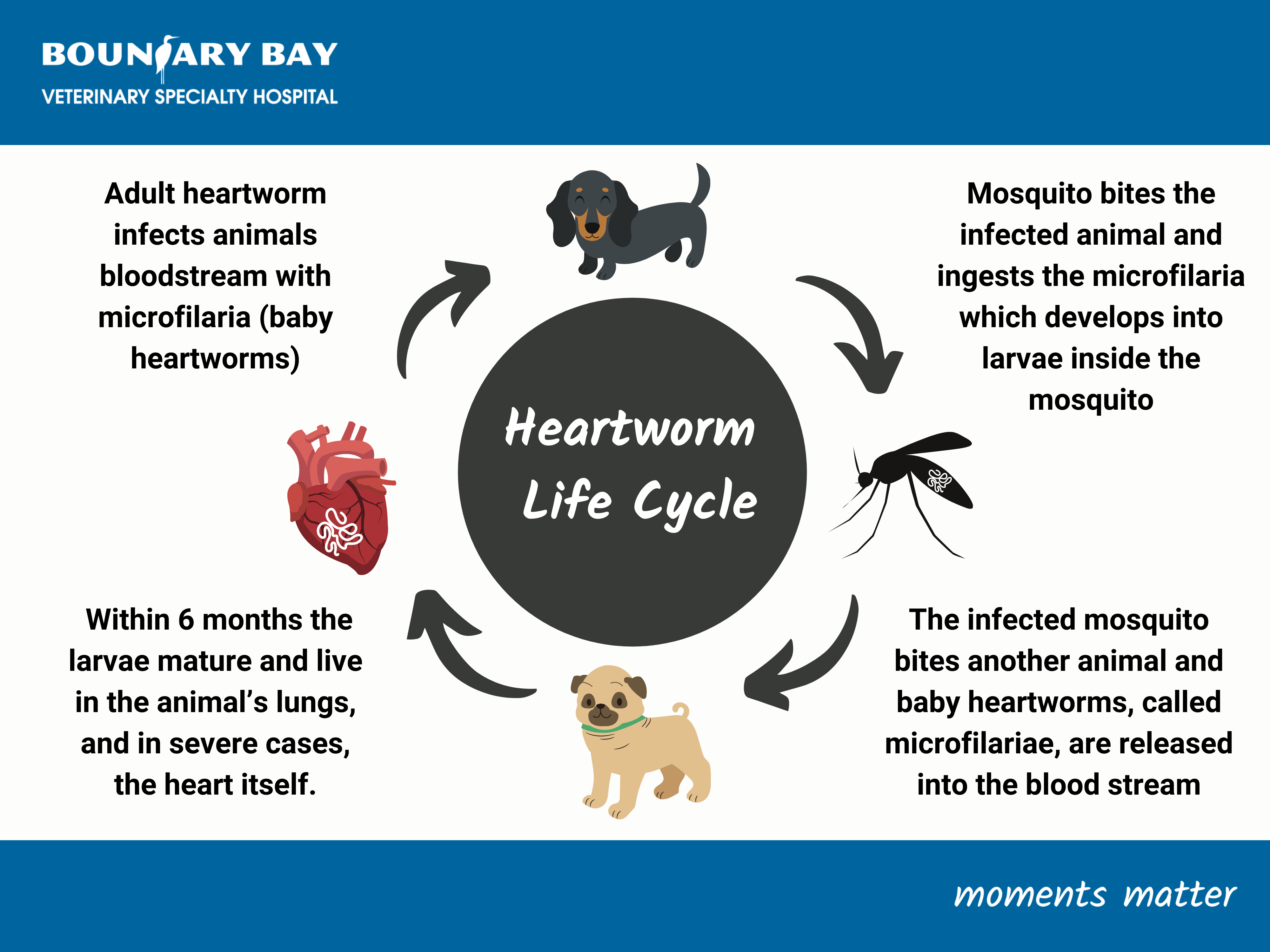 Signs your dog has heartworms

Clinical signs for heartworms in dogs can include exercise intolerance, coughing (sometimes with blood), labored breathing, and in severe cases, signs of right heart failure (fluid buildup in the abdomen and/or chest cavity). If a heartworm infestation is suspected, a blood test can be performed to test for a uterine antigen that is produced by the reproductively active female parasites.

How do we treat heartworms?

Dogs with heartworm disease are treated according to the guidelines established by the American Heartworm Society. This protocol requires three injections of a medication called melarsomine that kills the adult heartworms. The injections are spaced over several months so as not to overwhelm the body. These dogs’ activity must also be restricted throughout the treatment to limit the possible damage to the lungs. 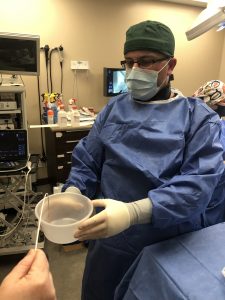 As with most things, the best treatment is preventing infection in the first place. Oral and topical heartworm preventatives, are very effective at preventing infections. Because we have such a low incidence in this region, your veterinarian may not recommend it for your pet if you don’t travel with them. However, if you travel with your pet outside of this region, you should speak to them about whether heartworm prevention will be needed. In Canada, the highest incidence has been reported in southern Ontario and Quebec. In the US, every state has reported cases of heartworm disease; however, the prevalence is most common in the southeastern US.

Behr had not travelled outside of the lower Fraser valley since he was adopted. He originally came from South Korea which does have heartworm disease, but he tested negative at the time of his adoption. We are still uncertain as to how he contracted such a significant infection.

Given the location of Behr’s heartworms in his heart, a minimally invasive surgery was able to be performed.

After much deliberation, Behr’s family decided to go ahead with surgery and the specially trained BBVSH team prepped Behr for his big day! Using a fluoroscope (in essence, a real-time x-ray look at the heart), Dr. Mark Harmon was able to pass instruments into his heart and clear his heart of two very large heartworms – one measuring about 24 cm (9.5 inches) and the other 22 cm (8.75 inches). 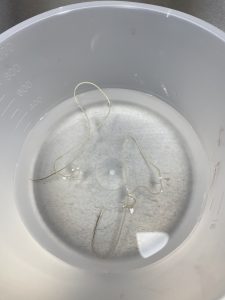 The procedure went well, and Behr is reportedly doing fantastic and back to his normal life. Make sure to send Behr good vibes while he is getting through the rest of his treatment! has recovered well! He still has heartworms deeper in his pulmonary arteries (these can’t be removed with surgery) so he still has months of treatment in front of him, but with these worms out, he stands a much better chance of getting through this ordeal and